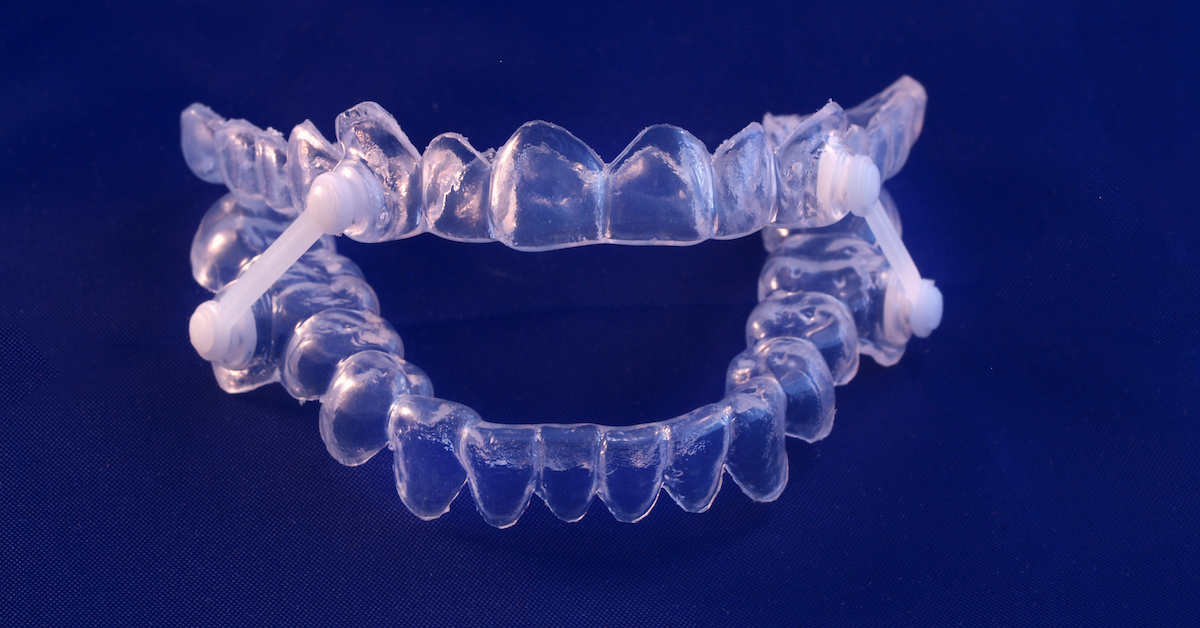 The 10 Signs of Sleep Apnea

You may have sleep apnea and be unaware of it, but you may notice that you’re lethargic, groggy, lack mental acuity, and have lost your libido. These are all very common signs of sleep apnea, a sleep disorder that affects more than 22 million Americans. There are different types of the disorder, but they can affect anyone at any age.

How Many Types of Sleep Apnea Are There?

There are three types of sleep apnea, and you can have OSA, CSA, or a combination of them.

Are There Common Causes and Risks for Sleep Apnea?

Anyone can develop sleep apnea at any time; it occurs in children as well as adults. However, there are personal traits and habits that can increase the likelihood of developing sleep apnea, such as:

Can I Recognize the 10 Signs and Symptoms of Sleep Apnea?

If you have some, many, or all of the following signs and symptoms, then you may have sleep apnea. Consider making an appointment with your dentist promptly.

What Are the Dangers of Sleep Apnea?

When sleep apnea begins, it doesn’t usually have serious consequences. However, when it’s not treated, then it can exacerbate existing conditions, or it can elevate into other life-threatening conditions. An excess buildup of carbon dioxide in the bloodstream is common with untreated sleep apnea, and it’s a very serious health condition. It occurs because of the disruption in the breathing process; disruptions can last longer than 10 seconds, which depletes the oxygen levels in the blood.

Sleep apnea can also exacerbate existing symptoms such as Type 2 diabetes or hypertension. It can also cause sleep deprivation, which can impair your ability to drive or operate machinery. Sleep deprivation affects the body in the same manner as alcohol, so it can contribute to accidents and property damage as well as a loss of life.

If you have sleep apnea, it’s imperative to seek treatment.

Can I Treat Sleep Apnea on My Own?
Sleep apnea treatment requires a diagnosis first, and only a medical or dental professional can properly diagnose you. A sleep apnea diagnosis is made through a sleep study that can be conducted in a clinical setting or in your home. If sleep apnea is diagnosed, then you have two treatment options, both of which require a machine.

The first type of treatment is a CPAP machine, which is an air machine that forces oxygen through a mask so that you receive a steady flow of oxygen throughout the night, even if you’ve paused your breathing. The second type of treatment, and the most popular, is oral appliance therapy, or OAT therapy. The machine is similar, but the OAT therapy mask is smaller, similar to a mouthguard. The choice is yours, of course, but your dentist will recommend the best type for your needs.

Who Can Help Me With Sleep Apnea in My Local Area?

Your local dentist is the best source of treatment for sleep apnea. Although it may seem counterintuitive, sleep apnea treatment is part of the required educational curriculum for dentists, so they’re able to treat sleep apnea much more quickly than your family doctor.

If you need sleep apnea treatment or you think you might, then call Sweetwater Smiles at (321) 594-2628 for an appointment. We can help you achieve the restful sleep you need. You’ll get personalized attention and a complete oral exam, so call us today. You’ll be glad you made the call.